The Striking Truth with GSP of the UFC 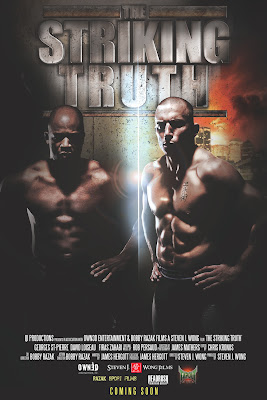 So what's the Big Deal about this movie? It's a movie that follows two fighters Georges St-Pierre and dynamic MMA fighter David "The Crow" Loiseau over the past four years. The film juxtaposes their two careers with GSP's rise in the UFC and Loiseau personal challenges. It's a behind the scenes look into both their worlds and how they become figures in the sport of Mixed Martial Arts. Here's a quick video snippet of what to expect.

Now this movie is being released in Toronto on February 25, 2011 at The Sony Centre for the Performing Arts at 9pm and will sell out. I'm going to invite 4 lucky people to join me. Did I mention that GSP will also be there?

I will randomly select 4 people by using random.org all you have to do is the following:

To win send me a tweet at @clickflickca: I want to see The Striking Truth and GSP #TSTTO #ICE

That's it, I will favourite every tweet and that enters you into the random draw. I'll will draw a ticket tomorrow at 5pmET This draw is only for Toronto GTA residents. Thanks and hope to see you there! 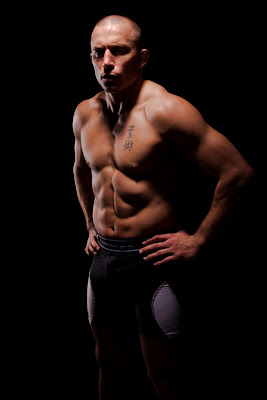 Posted by clickflick at Thursday, February 10, 2011

This design is wicked! You most certainly know how to keep
a reader amused. Between your wit and your videos, I was almost moved to start my own blog
(well, almost...HaHa!) Wonderful job. I really enjoyed what you had to say, and more
than that, how you presented it. Too cool!

Hi there! This is my first visit to your blog! We are a collection of volunteers and starting a new
initiative in a community in the same niche. Your blog provided us valuable information to work on.
You have done a outstanding job!

I'm new to developing internet sites and I was wondering if having your blog title relevant to your articles and other content really that important? I see your title, "Blogger: CLICKFLICK.ca " does appear to be spot on with what your website is about however, I prefer to keep my title less content descriptive and based more around site branding. Would you think this is a good idea or bad idea? Any kind of help would be greatly appreciated.

Have a look at my blog post: life fitness equipment