Samsung takes on the NBA 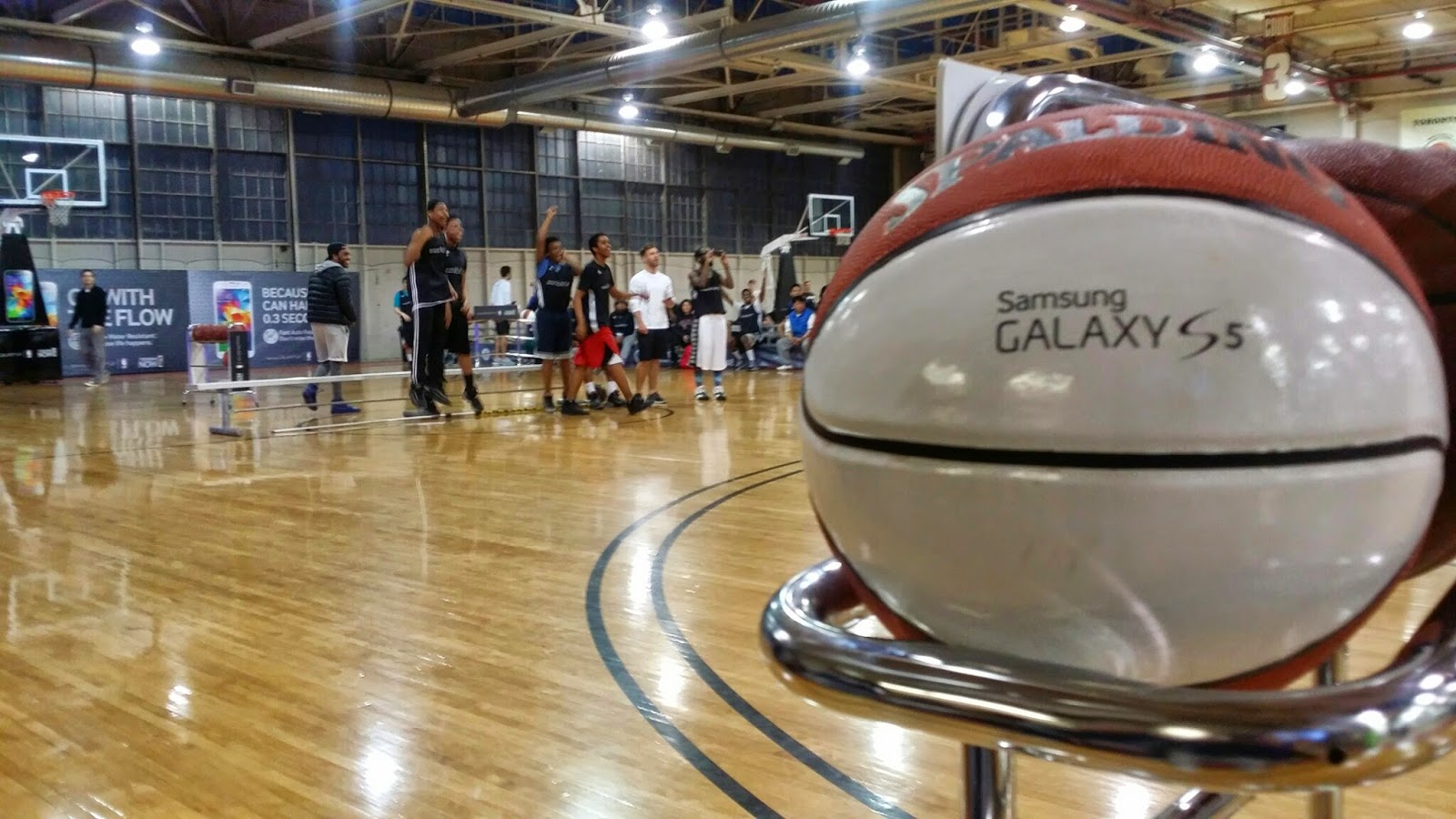 Last month I was invited to an exclusive event with Samsung Canada and a couple of NBA Pros. I had the opportunity to meet Tristan Thompson and Anthony Bennett. I was able to join both players on the court in a skills competition at HoopDome.  These 2 NBA Pros are both from Brampton, Ontario. Anthony Bennett was actually the #1 NBA 2013 Draft pick last year. The 2014 NBA Draft commences tomorrow and it is expected that another Canadian Andrew Wiggins will be drafted first overall. That is quite the achievement for NBA Canada.

I met with Tristan and Anthony prior to the skills competition, I must admit basketball players take the best selfies because they've got the long reach as seen in the above photo. The event was held in conjunction with the NEW release of the Samsung Galaxy S5. I had the opportunity to check out the Galaxy S5 and was pleased with the smartphone. The key feature that impressed me with the Samsung Galaxy S5 is the camera. It has a function that allows you to have a photo in focus and the background blurred. It's an option that creates depth of field which I find lacking in other smartphones. It also has a very fast camera. With my Galaxy Note 3, I have to wait a bit to see the photo process; with the Galaxy S5 it's almost instant capture with no lag. I wish they could have that camera option on the Galaxy Note 3. The other cool and distinguishable feature of the Samsung Galaxy S5 is the Heart Rate Monitor and sensor on the back of the phone. Place your finger on the sensor and it will read your heart rate. I thought that was a unique option on a smartphone I haven't seen before. Cool phone!

Overall, it was a unique event to showcase the Samsung Galaxy S5 to a younger and active demographic. Very cool to meet two Canadian NBA players in a relaxed environment in Toronto. Thanks to Samsung and NBA Canada for a fun evening! I'm hoping Anthony Wiggins is selected first overall in the NBA 2014 Draft! Good Luck!

you can find all the information about tomtom gps, tips, updates and his late versions, all this directory you can find it