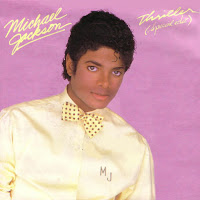 Yesterday, Michael Jackson passed away from cardiac arrest. The whole world is in shock and disbelief that the Pop icon and legend is no longer among us. This has nothing to do with technology but he transcends so much influence in our daily lives growing up to his music. It was more evident on the internet. The number one search and talk on the net is all about Michael Jackson. Youtube has disallowed the embedding of videos because it would be overwhelming to the system. Michael Jackson was the main topic on Twitter propogating the information through different tweets. Folks are not sure if the information of his death was truth or false. It proves that communication of Michael Jackson death through the internet spread like a wildfire. It would be interesting to note who would have been the first to announce this on the internet. RIP Michael Jackson.
Posted by clickflick at Friday, June 26, 2009