You're the Best. Motorola Event

Last night I was invited to the Motorola party themed "You're the Best". It was an event of the "BEST" music, treats, cocktails, view of Toronto and smartphones. Motorola was celebrating with their ambassadors and influencers. They are also celebrating a year in which Google purchased Motorola. This foreshadows a big investment move for Google and the Android phones in 2013. The party was held at the rooftop lounge of the Thompson Hotel. If you haven't been there it has a great view of Toronto. 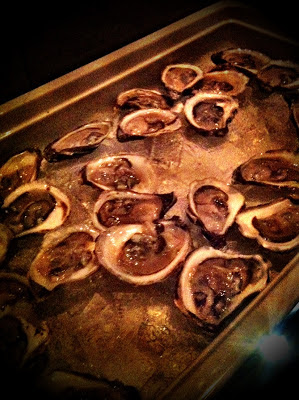 As soon as I walked into the venue space, I was exposed to AYCE oysters. I knew this event was off to a great start. 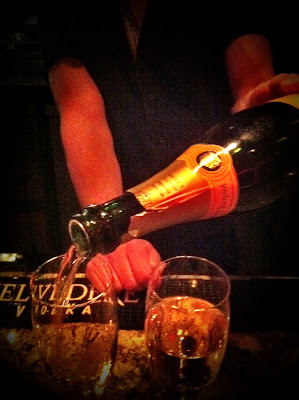 The Clicquot Veuve was pouring all night. 18 year old scotch was also consumed that evening. 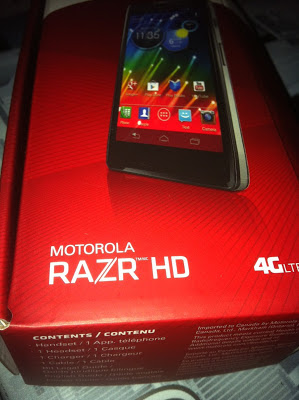 To cap the night I had a gift bag with an actual Motorola Razr HD LTE smartphone. This was unexpected and a nice touch to an already great evening. I'm looking forward to clicking and trying out an Android phone. 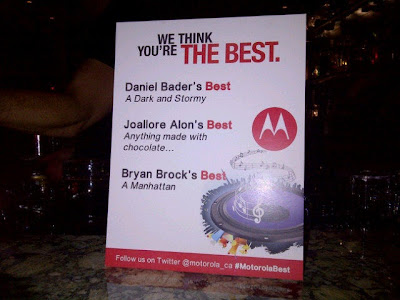 The highlight of the event was prior to me even being at the event. I saw a tweet with a picture of my name on the Motorola signage. I thought the personalization was a very nice touch and great attention to detail. Overall I had fun and it was great to meet many familiar faces. If you would like to see more details, check the hashtag #MotorolaBest on Twitter.

Thanks again to Motorola and the H&K team.

Posted by clickflick at Thursday, November 15, 2012

Hi! I've been following your site for some time now and finally got the courage to go ahead and give you a shout out from Porter Tx! Just wanted to tell you keep up the fantastic job!

Searching stumbleupon.com I noticed your website bookmarked as:
Blogger: CLICKFLICK.ca. I am assuming you book-marked it yourself and wanted to ask if social book-marking gets you a large amount of site visitors?
I've been thinking of doing some social bookmarking for a few of my websites but wasn't certain if it would
yield any positive results. Thanks.

Hi there! I know this is kind of off topic but I was wondering if you
knew where I could locate a captcha plugin for my comment form?

I'm using the same blog platform as yours and I'm having difficulty finding one?
Thanks a lot!

Hi! I've been following your web site for a long time now and finally got the bravery to go ahead and give you a shout out from Humble Texas! Just wanted to tell you keep up the great work!

I absolutely love your blog and find the majority of your post's to be what precisely I'm looking for.
Does one offer guest writers to write content available for you?
I wouldn't mind creating a post or elaborating on most of the subjects you write regarding here. Again, awesome site!

Here is my web site :: home appliances brands in pakistan

Hey there! I know this is kind of off topic but I was wondering which blog platform
are you using for this website? I'm getting fed up of Wordpress because I've
had problems with hackers and I'm looking at alternatives for another platform. I would be great if you could point me in the direction of a good platform.

Yesterday, while I was at work, my cousin stole my iPad and tested to see if it can survive a twenty five foot drop, just so she can be a youtube sensation.
My apple ipad is now destroyed and she has 83 views.
I know this is completely off topic but I had to share it with someone!

First of all I would like to say fantastic blog! I had a quick question which
I'd like to ask if you don't mind. I was interested
to find out how you center yourself and clear your thoughts prior to writing.
I have had a tough time clearing my mind in getting my thoughts out.

I do take pleasure in writing however it just seems like the first 10 to 15 minutes
are usually lost simply just trying to figure out how to begin.
Any recommendations or hints? Thank you!

Here is my web site: how to replace a circuit breaker appliances

Heya are using Wordpress for your site platform?
I'm new to the blog world but I'm trying to get started and set up my
own. Do you need any html coding expertise to make your own
blog? Any help would be greatly appreciated!

Admiring the time and energy you put into your site and in depth information
you offer. It's good to come across a blog every once in a while that isn't the same outdated
rehashed information. Fantastic read! I've saved your site and I'm
adding your RSS feeds to my Google account.

Woah! I'm really digging the template/theme of this site. It's simple, yet effective.
A lot of times it's hard to get that "perfect balance" between superb usability and appearance. I must say you've done a very good job with this.
Additionally, the blog loads super fast for me on Chrome.

Howdy. I was thinking of adding a backlink back to your
blog since both of our websites are centered
around the same subject. Would you prefer I link to you
using your site address: http://www.blogger.
com/comment.g?blogID=5342932475970175108&postID=8099566070812282432 or
blog title: Blogger: CLICKFLICK.ca. Please make sure to let me know at your earliest convenience.