NEW ERA cap is an International Lifestyle brand that produces baseball style caps that everyone is wearing on the streets. I want to explain this cool idea that NEW ERA initiated but let me give you a background for the creation of this blog post.

This past weekend I was out and about in Toronto and noticed a NEW ERA car on the street with banners showcasing the NEW ERA logo on an adjacent building. I wanted to know if a new store was opening in that specific spot. Aimee a good friend responded on Twitter and told me it was an Artist Exhibit in partnership with NEW ERA.

I had to take a look at this event because it involved NEW ERA ( I like the product ) and secondly it was a unique combination of a brand and art. I have a general interest in the way brands reach out in a grassroots way. 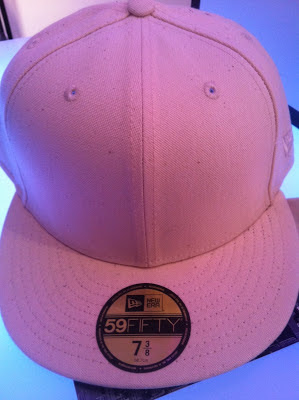 Blank canvas cap that artist had to use.

NEW ERA had over 100's of submissions. A judging panel had to select a winning cap that not only look good in design but told a story. This is genius. Why? It enables NEW ERA to reach out to a demographic- (Urban) and allows the entrants to tell a story of their creations. Social Media is all about "StoryTelling" and what a better way to convey the messages. Imagine all the content and stories to populate into social platforms for NEW ERA.

This exhibit was shown in New York, Miami, Los Angeles, Chicago and final stop of Toronto. I had the opportunity to speak with the NEW ERA event manager Jim Wannemacher and he mentioned how NEW ERA is headquartered in Buffalo. They came with Creative Project idea initially from their European counterparts. He told me of all the cities, Toronto had the most enthusiasm and highest attendance for the gallery and that the NEW ERA project continues to grow in popularity every year.

This is a great activation by NEW ERA to reach out to the communities and target market. It's a great way to interact with the consumers and build customer relationships. I can't wait until it returns to Toronto next year. NEW ERA plans to extend this gallery concept to an educational experience for those that entered the contest. Entrants will have the opportunity to see how they can develop skills and to put them into better use in the business world. The winner of this contest WON a $10,000 grant.
What do you guys think of this idea? I'd love to hear what you think. :-) 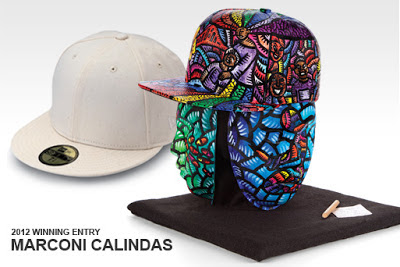 Here is the WINNING cap.

Here are some other notable caps: 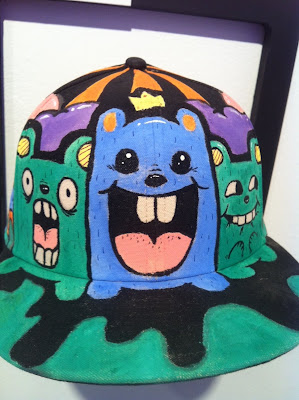 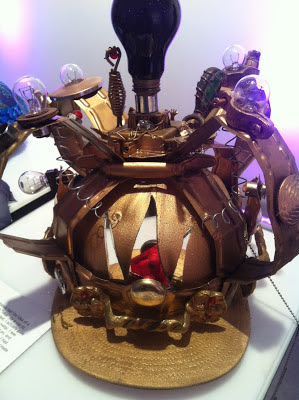 Here's a cool time lapse video on the setup of the gallery in Toronto:

(Thank you rounds are always welcome, of course. *Rounds table format.
Theme Format: It is almost like standard format of the pub quiz.

Hi thanks for poosting this