Join me at the Heritage Toronto Awards.

If you follow me on Twitter you know I tend to talk a lot about Toronto. I was born in Toronto and have lived here all my life. I'm proud to be a Torontonian. I've recently become a tourist in my own city by visiting the CN Tower and the ships of the Kajama on the Toronto Harbourfront. As you can tell I like to explore Toronto for that weird looking building that I need to instagram. In partnership with Heritage Toronto, I would like to help promote the history of Toronto by supporting them with the Heritage Toronto Awards. The Heritage Toronto Awards were introduced to recognize both volunteer and professional individuals that have made contributions to the conservation and heritage of Toronto.

This year they will have Gail Dexter Lord, Co-President of capital consultancy Lord Cultural Resources who will speak about innovative ways to build the a city's heritage. There is so much history in Toronto that i'm sure this would interest some of my followers on Twitter. I have met folks on PhotoWalks of Toronto through my Google groups and have friends on Twitter who have a general interest in the history of Toronto so come out and support. The Heritage Toronto Awards would be a great opportunity to learn and be surrounded by some of the most entrenched Toronto people. It would also be a great networking opportunity, don't you agree? 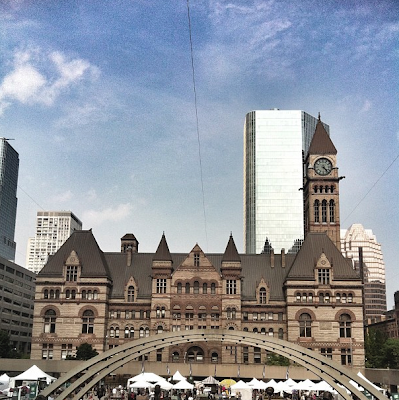 The 2013 Heritage Toronto Awards will be held at Koerner Hall at the Royal Conservatory of Music on Tuesday October 15, 2013 at 7:30pm. The evening will be hosted by Mary Ito, host on CBC radio.

Heritage Toronto has given me a 10% off the Adult General Admission. Use the code "TorontoLover" to apply the discount to Adult Admission ticket. Tickets start at $15 for students. Adults are $30 before discount is applied.

I hope you can join me for a unique evening of celebration of Toronto and it's heritage.