Join me at TOktoberfest Oct. 1-2 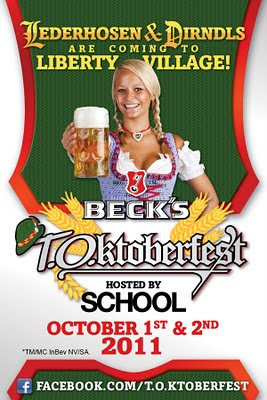 TOktoberfest is one of the biggest OctoberFest events in Toronto this year. It's going to be hosted by the fine folks at @Schoolville It will be a large party in the parking lot behind School. It will include steins, hats, chants and lots of wobbly pops! There will be live German bands and part of your $10 admission will go to help local charities including a German International School.

If you want to purchase tickets before they sell out, buy here: Tickets

For more details on the event:TOkoberfest

Did I mention you can win a round trip flight to Germany? If you win and need a partner, just ask me :-) So I hope to see you there on Oct. 1-2 It should be a fun time for all! 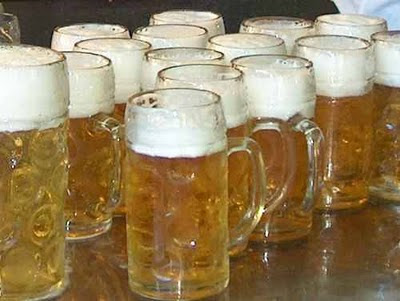 Win a pair of tickets from me by tweeting the following: " @clickflickca @schoolville I want to party with you at #TOktoberfest "

Winner will be selected via random.org on Monday September 26. See you all there :-)
Posted by clickflick at Thursday, September 22, 2011 7 comments:

During the past week the Toronto International Film Festival took over the city with over 300 movies being presented from Sept 8-18th. RealTVFilms in conjunction with TCHAD Quarterly, SPINToronto and Vocab Communication presented the Social Media Lounge at FStop Toronto. It's basically a one stop shop for various products from various vendors. It's geared for celebrities, actors, filmakers, musicians and social media enthusiasts. It's was quite the experience with complimentary drinks and foods with the musical interludes of the DJ. It was a unique and intimate experience. I met many new faces and business that are showcasing interesting and great products. Check out the various photos and great people I met at Social Media Lodge.

The first company that caught my attention was @chocolachocola1 They are a wholesaler of various desserts and amazing chocolates. They've recently jumped on the Twitter bandwagon so say "Hello" to them. I really liked the chocolate covered popcorn. 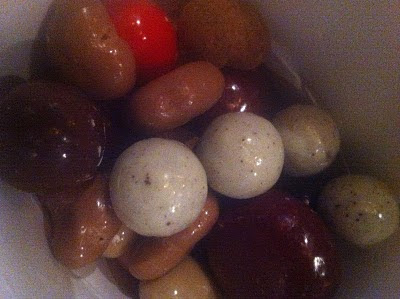 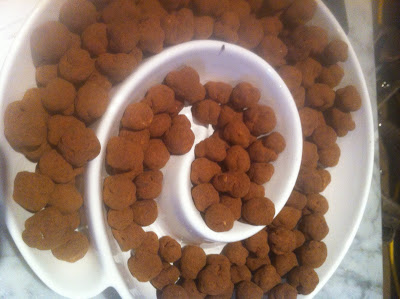 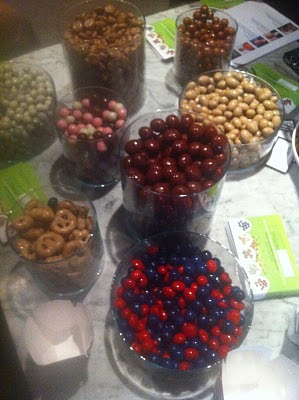 Another vendor that caught my attention was @TreccaniMilano They specialize in luxury handmade and custom made shoes. I think they mentioned they would be opening a location in Yorkville very soon. 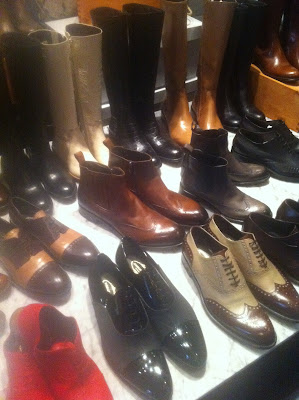 I love this pair of shoes. 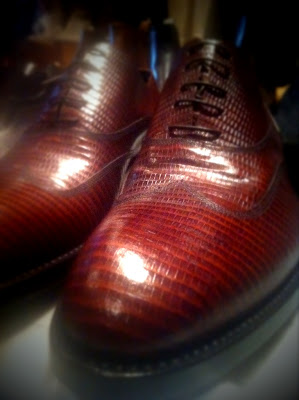 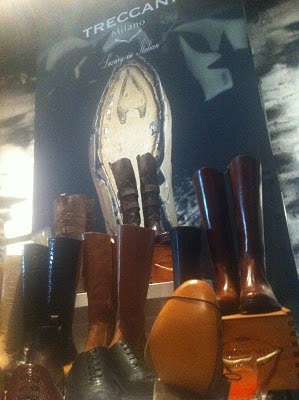 Now can you ladies wear a pair of these red shoes? It's all customizable from design to colour. 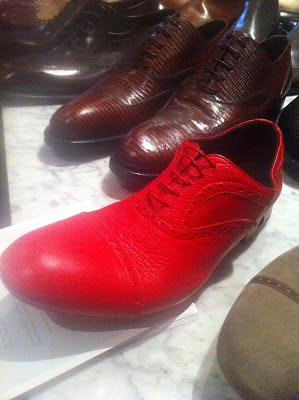 The following is various pics from the great day at the RealTVFilms Social Lodge. 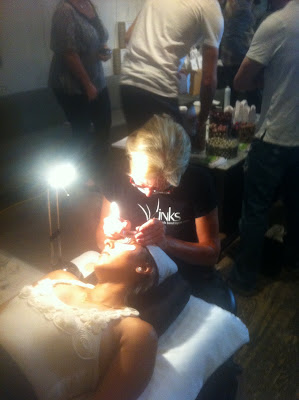 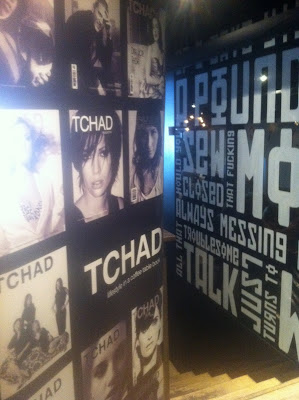 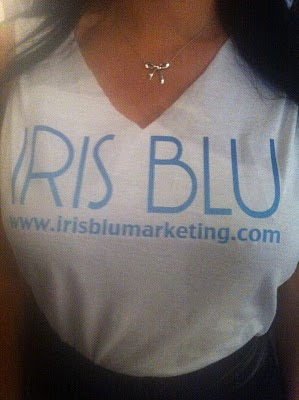 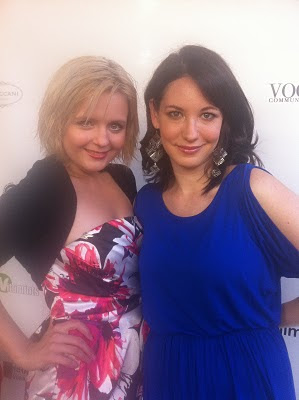 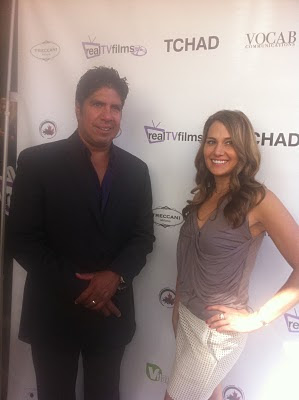 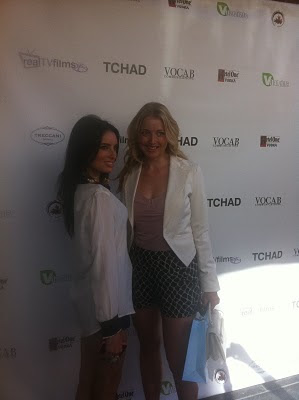 Thanks to @SocialLodge @RealTVFilms @TCHADQuaterly @MissVocab and @GordonVasquez for a great experience.
It was a great event to integrate Social Media and the Film Industry. Look forward to TIFF 2012.
Posted by clickflick at Wednesday, September 21, 2011 No comments:

Boston is a nice city! 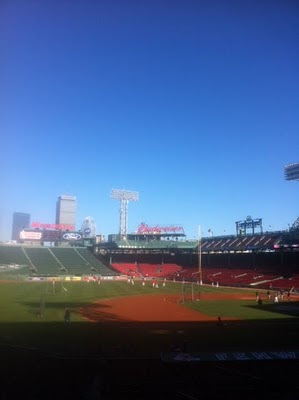 I'm writing this post from my hotel room in Boston. The nature of this trip was inspired by a tweet from Flight Centre on Twitter. @flightcentreca offered a $1 discount flight for a very limited time. I was lucky enough to get the deal. The cost with return flight ended up costing only $125. This makes the trip very affordable and perfect timing after the Toronto International Film. It has been a hectic week with work and events that it was time to give myself a break, hence the mini vacation to Boston.

I've never been to Boston, so I look forward to experiencing and exploring what Boston has to offer. I plan to be random and explore different restaurants, shops and just be a tourist. I've already experienced the Green Monster at Fenway and it was quite fun! If anyone knows me personally, I'm very sociable and I hope to meet some cool peeps along the way. Bonus points if they are on Twitter. So while I tweet in and around the city of Boston please feel free to give me a tweet if you have any suggestions or recommendations. I'm hoping you can join me vicariously through my tweets at @clickflickca :-)
Posted by clickflick at Saturday, September 17, 2011 No comments: 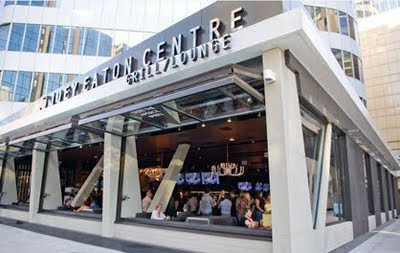 I gave away a $50 Gift card to @JOEY_TORONTO a couple weeks ago. Now back due to popular demand I will do another Twitter only contest for another $50 Gift Card to Joey Eaton Centre restaurant. Having lunch/dinner at Joey Toronto after/prior to a movie screening during TIFF would be a perfect compliment.
All you have to do is send a tweet as follows:

This Twitter contest is for Canadians only. I will randomly select a winner on Monday September 12 at noon. I will use random.org to select a winner. All tweets must have both Twitter handles and the hashtag #JoeyToronto and #TIFF to win. Good Luck!

For more information on the locations and Joey restaurants visit them at Joey Restaurants or Follow them on Twitter at @JOEY_TORONTO
Posted by clickflick at Friday, September 09, 2011 No comments:

It's buzzing in Toronto. TIFF is coming soon!

If you've been living under a rock, one of Toronto's most anticipated annual events officially begins Sept 8 and runs to the 18th. TIFF, better known as the "Toronto International Film Festival" will be showcasing over 300 films from over 60 countries. It's a time of celebrity sightings, red carpets and lots of parties. TIFF is held every year in September and has grown exponentially. A film festival originally located in Yorkville has now taken over most of Toronto, including the TIFF Bell LightBox located in the Entertainment District. There is quite a buzz even days before the actual festival begins. Numerous celebrities have already been sighted recently such as Justin Timberlake, Kelly Osbourne, Julianne Hough and Jason Priestley to name a few. I enjoy the variety of flicks even though I'm not a huge movie buff. In reality, all the fun is in the celebrity sightings. Tons of on-lookers and fans takeover the streets of Toronto to catch a glimpse of their favourite celebs.

So where do the celebrities hang out when they are here for the festival? During press conferences, they'll be located at various "Gift Lounges" around the city. As mentioned some of the key locations to spot the celebs are places such as One Yorkville, Sotto Sotto, Four Seasons and Park Hyatt hotel in the Yorkville area. If you are in the Entertainment district, hotspots such as Maison on Mercer, Nota Bene, Ritz Carlton and Thompson Hotel are always celeb friendly. To the more obscure sightings, Ossington street has also been known in the past for celeb sightings. In most cases, stars are probably staying put within the hotels they stay at to avoid all the hoopla and paparazzi.

Some of the expected celebs to attend this year's festivities are Madonna, Marisa Tomei, Brad Pitt, Woody Harrelson, Jane Fonda, Blake Lively, Gerard Butler, Keira Knightley, Megan Fox and George Clooney. This year, I'm hoping to watch some movies and attend some of the cool parties. Hopefully, you will get a chance to experience "Hollywood North" too when the celebs takeover TIFF this year.


Posted by clickflick at Thursday, September 01, 2011 No comments: