This is the new Chevrolet Bolt Electric Vehicle Concept car which is designed to offer more than 320+ kilometres on a complete charge for under $30,000. I think once people understand the amount of money that can be saved in gas alone; this vehicle will be one of the popular EV cars to look out for especially for city driving. So in comparison to a Tesla which has a higher 420+ kilometre range at double the price tag at over $75,000, you're getting value at much lower price point. A smarter option if you ask me. Although I'm not really familiar with Electric Vehicles, saving money is only common sense, and I'm sure we'll see an influx of these cars on the road as a result!

It's fascinating to see the Buick brand evolve. I remember driving with my friend in his parents' Buick Regal years back. It was one of those comfortable and quiet rides with nice leather interiors. Looking back, the Buick we grew up with in the past is no longer daddy's car anymore. The introduction of the top down convertible Cascada has redefined the Buick image to include a broad range market. I can envision the convertible Cascada along the Pacific Coast Highway while the skies are blue and the wind blowing in my hair(LOL). A trustworthy brand for the well-seasoned yet eye-candy for even the young professional. I was unable to confirm if this will only be available in USA at time of posting.

Overall, what intrigued me the most is the positive direction GM is going in terms of understanding the consumer and their expectations. Having access firsthand to the President, designers and support staff behind the GM brands creates positive outlook. GM has endured recalls in past with great strides by going above and beyond. I think they have learned from a few bumps on the road that their creative wheels just keep on turning! Their take on the "Connected Car" is what I like most of the GM brand and their creativity. Cadillac understand it's just not about a car but rather a lifestyle as an example.

Overall, I didn't want to focus on the aesthetics of the car because that's easy to find on the web. I wanted to give you a glimpse of the technologies & people behind the brand that make GM today and those who are behind building their vision. On that note, I wanted to show a quick video of Mark Reuss- Executive VP of Product Development at GM which pretty much sums up what GM has planned for the future and their customers.

Disclosure: I was invited by GM Canada to attend the NAIAS Media event in Detroit. All opinions expressed are 100% my own.
Posted by clickflick at Wednesday, January 28, 2015 No comments:

I had the opportunity to visit the OnStar Command Center in Detroit located at the GM Renaissance Center. Upon entering the Command Center, I could not help but notice the hi-tech security access into the OnStar Center. I thought I'd shy away from photos of cars in this post to focus on the Tech and App side of GM.


What is OnStar? OnStar provides auto security & safety features, a turn by turn navigation, Wi-Fi & much more with a single touch of a button as shown below. Basically, you "push" the blue Onstar button and you will be connected to a live advisor from OnStar. How cool is that right? This is an exclusive feature to the GM cars. There are various price plans for OnStar you can find here. 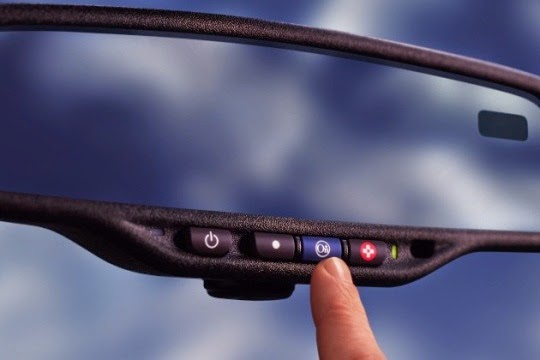 I have used OnStar on test drives, more recently in Kentucky where I wasn't familiar with the streets & highways very well. It was very helpful because I had the option to hear a live voice give me directions or have the option for directions to download to the car. It was also fun to just chit chat with an operator to give a sense of reality... a companion on a lonesome ride?

Did you know that OnStar has a feature called Stolen Vehicle Assistance: Stolen Vehicle Slowdown capability allows an OnStar advisor to remotely send a signal to gradually slow down the stolen vehicle to help authorities recover the car. As the owner of the vehicle all you have to do is call 1-888-4-ONSTAR to make this happen if your car was stolen.

OnStar has various Call Centre's around the world. This is the ellaborate Command Center in Detroit. The map in the middle shows an live update of people pushing the OnStar buttons for assistance. There are over 3 million button presses per month. Isn't that crazy? 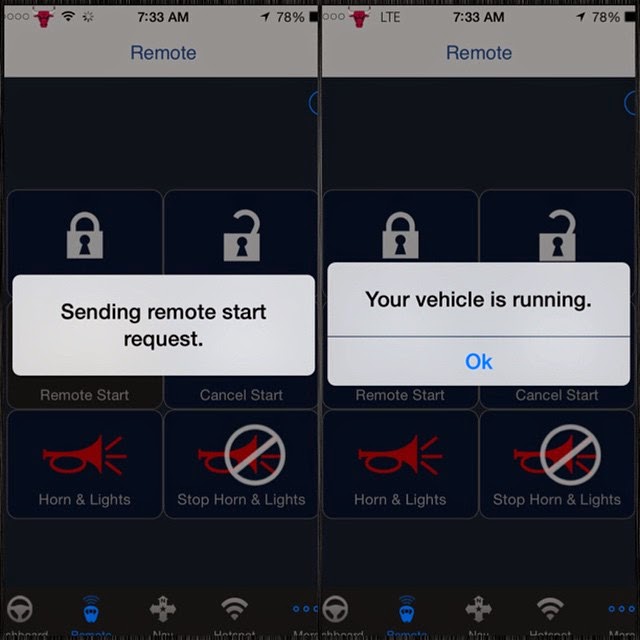 In conjunction with OnStar comes RemoteLink App that you can download for iOS and Android.  RemoteLink allows you to start your car from your smartphone. You can enjoy waking up in the morning and starting your car from your bed. How cool is that!?! Let's say your in Russia and your car is in Toronto; you can remote start your car from that far of a distance. Even cooler, right!?! The "Horn & Lights" feature allows you to spot or hear your car in that crowded parking lot. I took this screenshot from a friend who recently bought a Cadillac CTS.

RemoteLink is a cool app that gives predictative car diagnostics to you via your phone or email. Imagine receiving a monthly email detailing the health of your car. Viewing the App on the phone will give you updates on how much gas & mileage you have in the tank. It will notify and update you when you need an oil change. It also can tell you if you need more air in each individual tires.

I was given some top secret info *winks* that OnStar "At Your Service" will be incorporated in the future of GM cars; an example of this is when searching for hotels via OnStar, you can receive special partner offers/coupons from Priceline etc. GM will also introduce Apple Car Play & Google Android Auto later this year. Exciting way to extend your smartphone into your car. Another exciting feature is an Insurance Assessment 90 Day Program that drivers can sign up for with info collected by OnStar diagnostics. It would track your driving habits which can help lower your car insurance saving you money. GM is translating technologies into experiences that people will love.  The future looks promising!


Disclosure: I was invited by GM Canada to attend the NAIAS Media event in Detroit. All opinions expressed are 100% my own.
Posted by clickflick at Tuesday, January 27, 2015 No comments:

The NAIAS with GM Canada

This is my 5th year attending and 3rd year in a row covering the North American International Auto Show(NAIAS) in Detroit with GM Canada. I want to set it straight that I'm not an auto journalist or expert on technical aspects of a car.... I am a consumer and an average "Joe" as that saying goes; and appreciates the design, colour and features of a sexy car when I see one! In 2013, the NAIAS had a focus on environment and introduced their line of eco vehicles. The year 2014 became a banner year for Chevrolet winning the Car & Truck of the Year with Chevrolet Corvette Stingray & Chevrolet Silverado. In the 2015 NAIAS a focus on Technology and the Connected car. GM is definitely leading the way and raising the bar in the technology/connected car along other manufacturers, to follow later this year. Audi A3 was the first vehicle to have Wifi/4G LTE incorporated into the vehicle but GM is the first & only car company to have built in 4G LTE Wifi in almost 30 models in 2015.... that is the most for any car brand.

Personally, I'm very excited to see the emergence of the technology/connected car because we're all connected with smartphones. GM cars have WiFi. Let me repeat this, GM has WiFi. Amazing right? GM cars can become wifi hotspots that are even stronger than your phone. It can allow up to 7 devices to be connected. Imagine going camping or on a long road trip & having a WiFi connection throughout your road trip. You can tweet, update your Facebook status without worrying about roaming charges. This is a game changer and one of the many benefits to purchasing with GM portfolio in my opinion.

I had the privilege of attending the launch of the Buick Avenir concept car. The Avenir is a sedan that is conceptualized on design and comfort with emphasis on technology. This is definitely one sexy looking car. The rear of this car reminds me of the Porsche Cayenne with nicer contours and details.

The Avenir which actually means "Coming Soon/Future" in french is definitely one car that I look forward to in the Buick line. No plans for availability in Canada, US only for now.


I wouldn't mind being a back seat passenger in the Avenir (maybe to catch up on my tweets, lol or just to enjoy the ride...) Check out the back seat screen display, reminiscent of an airplane seat display. The rear seat design felt so comfortable I felt like I was in a lounging chair. You can tell their was an emphasis on comfort and use of space with the interior of the Avenir.


Make sure to visit my site tomorrow to read Part 2 of this NAIAS series.

Disclosure: I was invited by GM Canada to attend the NAIAS Media event in Detroit. All opinions expressed are 100% my own.
Posted by clickflick at Monday, January 26, 2015 No comments: 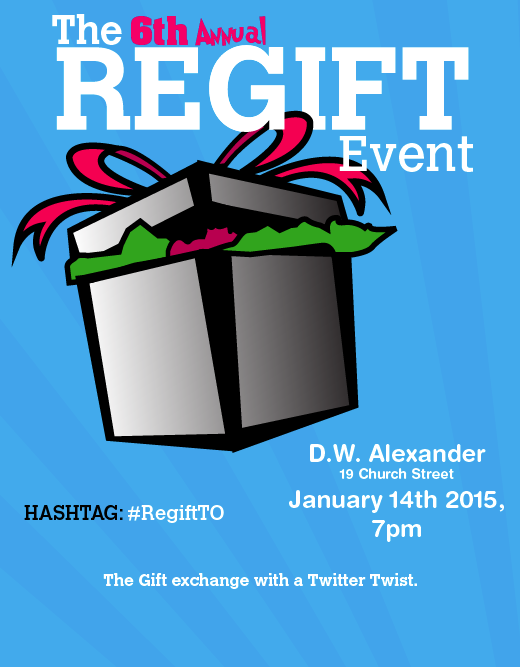 Hello and Happy New Year to everyone. I'm happy to announce the 6th Annual Regift Event which will be hosted at D.W. Alexander. We will have more info to announce in the coming days but for now start finding and wrap your gift. The gift must be a unisex gift (minimum value of $10.00). RegiftTO is a social and fun way to exchange gifts with a twist. RegiftTO is like Kris Kringle for people you socialize with on Twitter. If you don't think you have a use for your opened gift the social aspect continues by asking others if you would like to exchange your gift, hence the social fun continues. We will countdown and unwrap the gifts all together at 8:30pm New Year's Eve Style! It's going to be a great casual evening to meet and greet with people you socialize with online. Walk away with a gift and dance the night away! 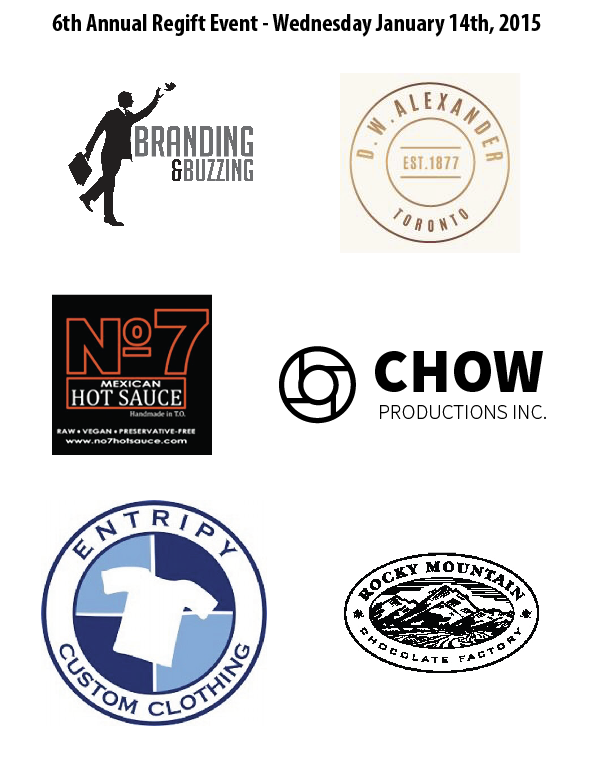 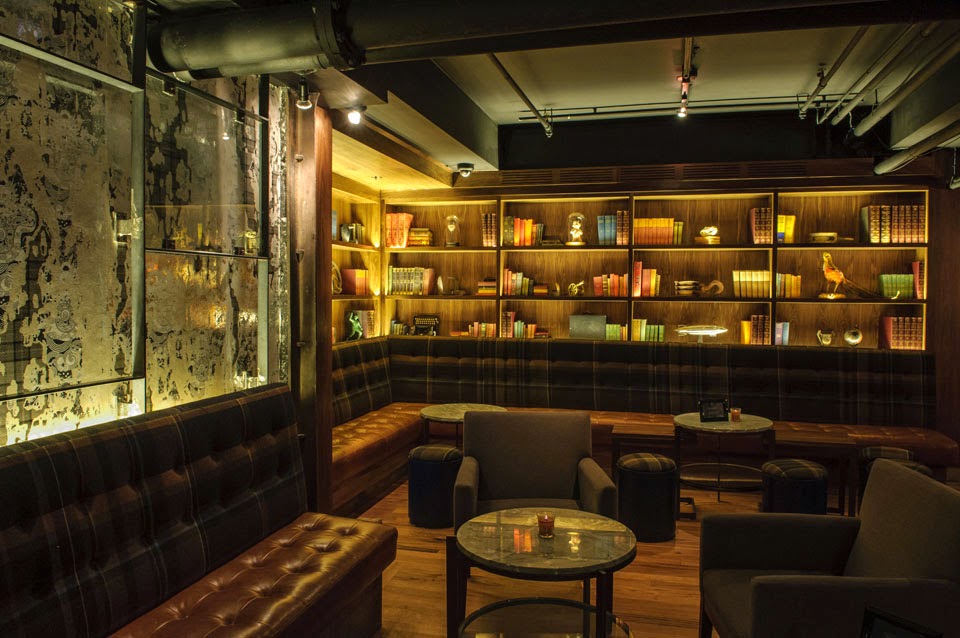 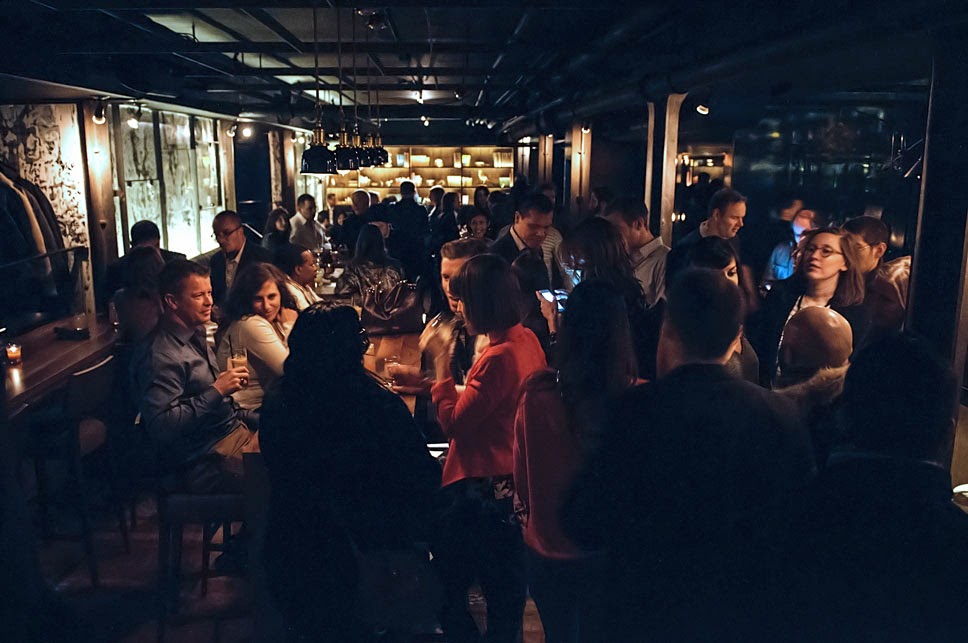 Posted by clickflick at Monday, January 05, 2015 No comments: