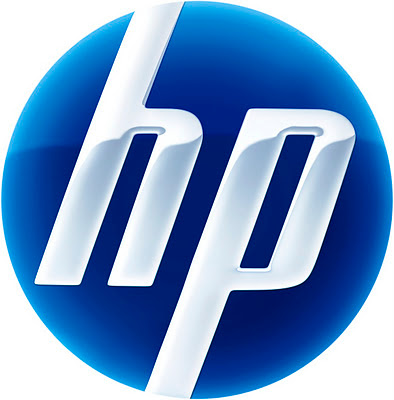 If you have been following me on Twitter at @clickflickca you know that I like to giveaway things to my followers. It's the holiday season and always a good time to give. The generous folks at @HP have given me the opportunity to review and play with an HP Envy 14 Beats Edition laptop. I'm going to be using this laptop in the next couple of weeks to find out the feel and response to it. I'm going to give you a detailed play by play on my use of this product straight from the get go. I just received the product the other day and was very impressed with the packaging. The Envy 14 comes in a very nice shoe box style box. Inside the Beats by Dre logo is very prominent and nicely designed. The detail of the packaging and foil lettering shows a lot of care went into the production and presentation of this product. 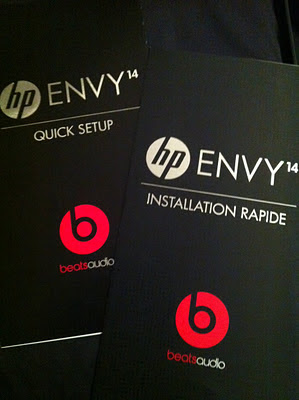 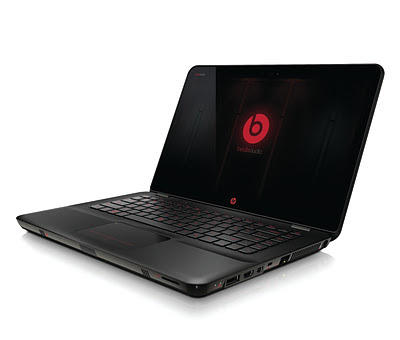 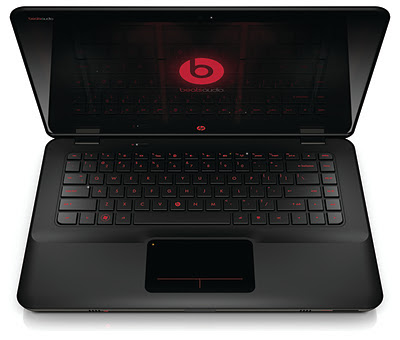 I will giveaway an HP Envy 14 Beats Edition laptop on December 13th to one lucky Twitter person. Canadian residents only. One entry per person per day. Must follow/LIKE HP on Facebook to complete contest entry. This is a laptop with Beats Edition sound audio which make this a very attractive laptop with many more features to be exposed in the coming days. Follow me on Twitter at @clickflickca and @HP and enter.

This actual blogpost was created using the HP Envy. Tweet to win! :-)

Just announced by the Toronto Blue Jays baseball club is the new Blue Jays logo. Take note that the logo took over 2 years to conceptualize and design. I like the "Old is new look" What do you think?

“Updating our original logo, the strong affinity to go back to ‘Blue’ and returning the red Maple Leaf to the primary mark recognizes the classic look of which we feel baseball logos and uniforms should consist. This new look represents what the Blue Jays mean to our players, staff and most importantly, from the sentiment expressed by our fans.” – Paul Beeston, President and CEO Toronto Blue Jays Baseball Club and Rogers Centre.


Here is the detailing of the new font changes on the back. 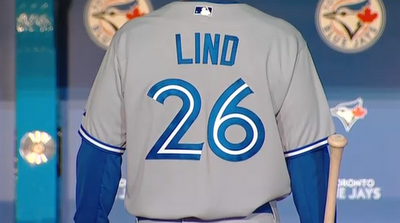 Here is the Road uniform 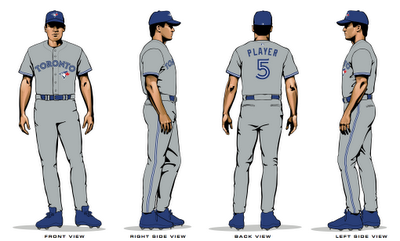 Here is the Home uniform. 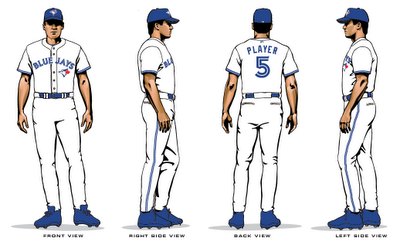 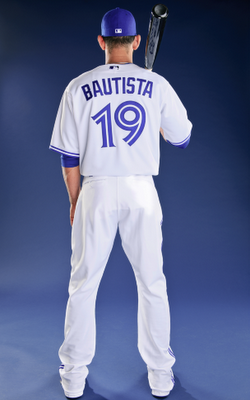 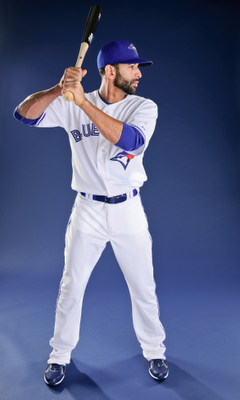 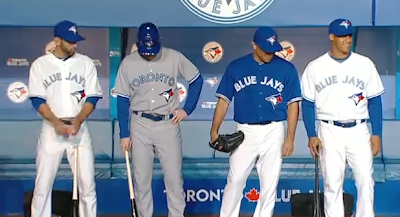 With the new look this will definitely increase Sports merchandise purchases for the team. Hopefully this carries off to the Blue Jays momentum for the 2012 season.
Posted by clickflick at Friday, November 18, 2011 22 comments:

Win a pair of tickets to Cookies and Champagne 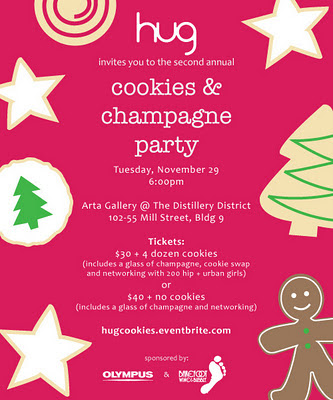 My friends at Hip Urban Girl have given me the opportunity to giveaway a pair of tickets to the 2nd Annual Cookies & Champagne party on November 29th being held at the Arta Gallery in the Distillery District.

This is a "Ladies Only" event. Mix champagne and various types of cookies and you have yourself a definition of a good time!
So if you are a baker this a great way to show your culinary skills. If you don't have the time to bake you still can enjoy the cookies and champagne too! From what I'm hearing the Hip Urban Girls have a lot of surprises to come!

To win a pair of tickets all you have to do is tweet:

I will select a winner on Monday November 21 at noon. Ladies can only enter this contest. I will use @TwtrTwtrChknDnr to randomly select a winner.
Good luck ladies! For the guys reading, don't worry! My next giveaway is just for the men. :-)
Posted by clickflick at Friday, November 18, 2011 1 comment:

Have you ever seen ipad magic?

This is a cool video I took when I went to Austin, Texas last year for SXSW Interactive It showcased a gentleman doing cool tricks with the ipad. Take a look for yourself. If you ever have the chance, I highly recommend you visit South by SouthWest event. This year it will be held during March 13-19 in Austin, Texas.
Posted by clickflick at Wednesday, November 16, 2011 No comments:

November 15th is the Official release of Drake's 2nd album called, Take Care. I do not usually giveaway music related items but thought an exception can be made because he's from Toronto my hometown. Drake, if you like him or not has definitely put the city in the spotlight. From his humble beginnings on Degrassi Junior High to the top of the charts in hip hop music he's taken over and making a name for himself. In that respect, I'll be giving away a Drake "Take Care" cd to one of my Twitter followers.

Another reason I want to do this giveaway is to test and promote a neat little application that was created by @naelshawwa called:

Here are the details of the Giveaway:

Tweet: " @clickflickca This is a piece of cake let me have some @Drake #DrakeCare "

Contest is open to GTA residents only. I'll open the contest until Thursday November 17th at 12noon. I will select the winner using TwitterTwitterChickenDinner :-) Good luck everyone. Here's another video where Drake talks about his song with Stevie Wonder. **All video sources from Youtube**

Posted by clickflick at Tuesday, November 15, 2011 No comments: 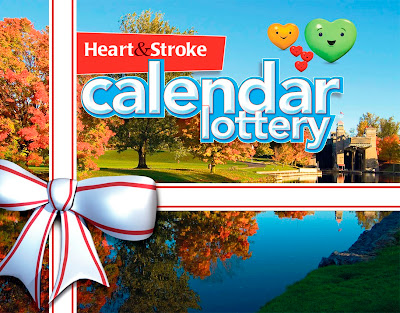 The 5 winners will receive 2 calendars each. One to keep and one to "Pay it Forward" The winners are:

To help spread the word and make a difference I'm doing a giveaway again. I'm going to select 5 winners. I'll be giving calendars that make you eligible to WIN money.

"@Clickflickca @TheHSF I want to make a difference. Get a calendar, give a calendar. #GiftAndWin"

For a 2nd chance entry tweet: Tell me how Heart&Stoke has affected you. Add @clickflickca @TheHSF and #GiftAndWin

So you have 2 entry chances at winning via Twitter. I will select the 5 winners on Saturday Nov. 12th at 12pm via random.org. The winners will each receive 2 calendars each. Sharing is caring. This contest is only valid to Ontario residents. Good luck!
The contest will end on November 12th at noon. Details of what you can win with the calendars are mentioned below.


The Heart and Stroke Foundation is back again this year with the Heart and Stroke Calendar Lottery. This is a perfect way to give someone a gift and pay it forward just in time before the holiday season. It's a great gift idea. The Heart and Stroke Calendar cost $25 and gives you a chance to win CASH prizes every day of the year. There are 3 chances every day for the year to WIN cash. I think these odds make it better than buying lottery tickets at the convenience store. If you even win you are re-entered into the draw to win again. That includes the Funtastic Friday $10,000 draw and a month end $100,00 draw and much more. To purchase the calendars online visit here

With the numerous chances of winning the calendars make great gifts. You can "Pay it Forward" by gifting a calendar to a friend or family that is dear to you. It could even be a nice idea to give to a Twitter friend you friended and it's a nice gesture. Truly making it the perfect "Social Gift". The idea is to get a calendar and give a calendar all for a good cause.

I know that we all probably have experienced someone or know someone that has lost a loved one through heart disease or a stroke. Heart disease and strokes are not talked about much because it's a disease you can't see. With my following on Twitter I hope some awareness can be brought to the attention so we can help educate and bring support to heart and stroke research.

If you buy a calendar before November 10th you'll get an extra chance to win $25,000 on a early bird draw. Buy before Dec. 15th and you are entered in a $250,000 draw too! For more info you can visit HeartandStroke

To also find out more info on Heart disease and the lottery itself visit them on Twitter at @TheHSF or search the hashtag #GiftAndWin for more details.
Visit the Heart & Stroke Foundation on Facebook at Heart&Stroke
Posted by clickflick at Saturday, November 05, 2011 18 comments:

If you can email it, you can print it. HP Eprint 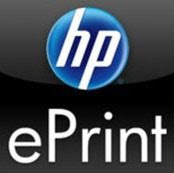 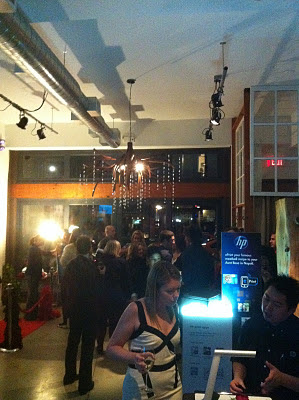 This past week I was invited to the HP ePrint at Boehmer restaurant hosted by Karen Sealy who is a decor expert and can be scene on "Summer Home" on the HGTV network. This event gave me and other guest the chance to experience ePrint and HP line of printers and technology in a relaxed party atmosphere which was very fun. Who doesn't like cocktails, hor'd'oeuvres and great tunes from DJ Tilt who previously hosted President Obama's inauguration private party for 2,000 of his closest friends. 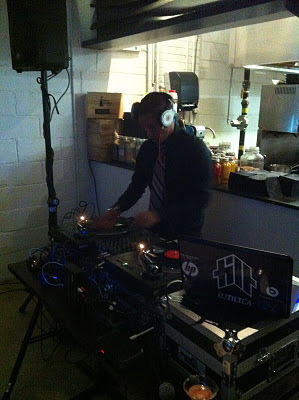 DJ Tilt plays the tunes for the HP party crowd. 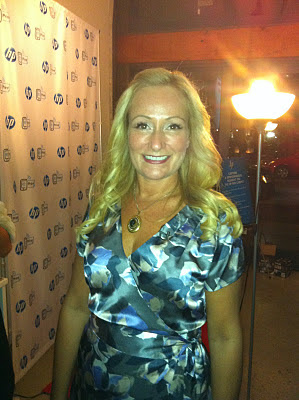 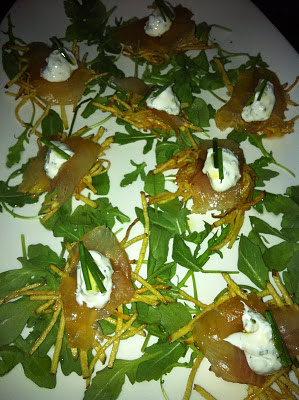 Artic Char on some hickory potatoe stick and arugula.

I arrived at the party and met with an HP rep who showcased the line of various ePrint printers. An ePrint printer is a web-based printer. It will allow you to print from your iphone, usb or wirelessly without any hassles. If you can email it, you can print it. The particular model I was shown was the Envy100. I actually downloaded an Iphone App from HP called "HP home&Biz" which allows me to use with the ePrinter(s) Download

So imagine if you have a grandmother who doesn't know how to use a printer at all. If you bought her a printer (Christmas gift idea) and set it up at her home. You can easily send photos of you and your family via an email or through the App and it will automatically print from your grandmother's printer with no hassle. Just remind your grandmother to refill the paper.


Now before I arrived at the party I was walking down the street and took a picture with my iphone. It was a picture of old fashion movie posters and lobby cards that are very colourful and interesting. I just randomly took a pic to add to my photo album. I used this image as a reference to print with one of the ePrint printers. Below is the actual picture and printed piece. 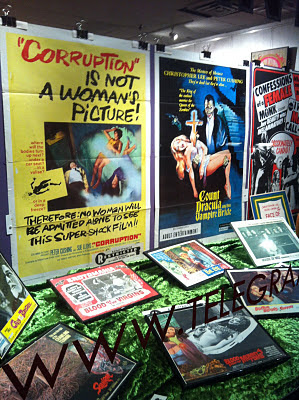 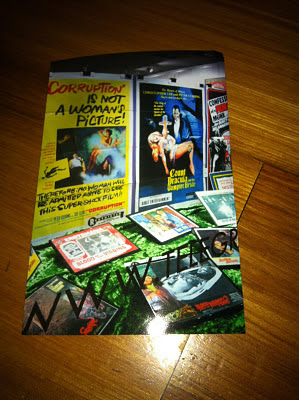 The picture below is an actual ePrint kiosk that is actually now available at the Toronto Pearson airport. It will allow travellers to print boarding passes, maps or anything else a traveller may need to be printed. 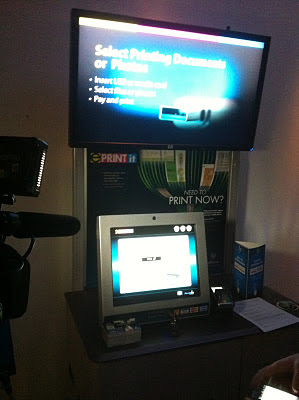 Overall, the event was entertaining and lots of fun. It was cool way to see HP showcase eprinters in a cool spot over drinks food and great tunes! 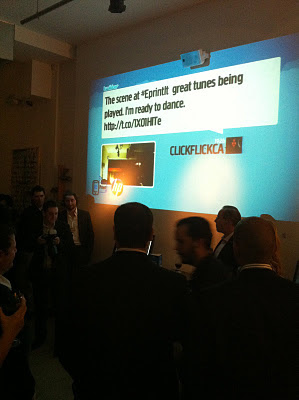 Now HP has generously given me the chance to giveaway one of the HP eprinter to one lucky Twitter person. The HP eprinter model I'll be giving away is the HP Envy 100 eAiO. It has a touchscreen display. It also has this cool feature with a swivel that comes out when something is being printed. So it's a cool printer that has quite the sleek look that would fit perfectly in a room at your home or office. It's Mac and PC compatible too. Here are the specs. Spec Info

All you have to do is send a tweet as follows:

"@clickflickca @HPprint I want an Envy 100 ePrinter from @HP #HPeprint"

This Twitter contest is for Canadians only. I will randomly select a winner on Wednesday November 9 at noon. I will use random.org to select a winner. All tweets must have the Twitter handles and the hashtag #HPeprint to win. Good Luck!
*One entry per person*

For more information on HP Visit HPeprint or follow them on Twitter at @HPprint or @HP
Posted by clickflick at Tuesday, November 01, 2011 No comments: