Win a tour of the Rogers Centre. Home of the Toronto Blue Jays 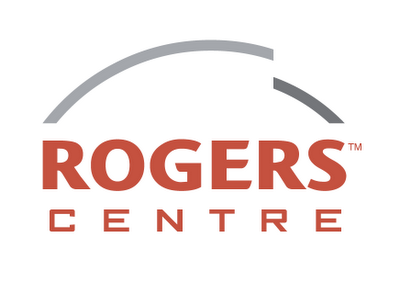 I attended a Toronto Maple Leafs game yesterday and noticed that during a blowout game that Toronto fans began to chant "Let's GO Blue Jays!" in unison. This post is not about loyalty to either team but more about the hunger that Toronto wants to see something positive happen with our professional sports teams. I think Toronto is due for some excitement that other cities around the world will envy us. We've got a multicultural city, restaurants and exciting attractions so we should deserve it. Heck, we've been living in a cold slumber of a winter. Torontonians just want to get out and enjoy and celebrate something in my opinion. The Home Opener of the Toronto Blue Jays is more than the 1st game of the season in baseball. It's usually a party of over 40,000 fans but more like an energy release for Torontonians. It's a symbolic game that summer and warm weather is coming or finally here. In that respect since the game will be held at the Rogers Centre in less than 2 weeks I thought I'd giveaway a pair of passes to the Rogers Centre to get you excited about the season to come. It's not Home Opener tickets but at least it's something. Most Toronto folks don't enjoy their own attractions in the city. I encourage you to step out of your routine and do something in Toronto. You'll be surprised at the things you can learn and experience. On that note, send me a tweet if you want to win a pair of passes for the "Rogers Centre Tour". I'll pick a winner on Monday April 2, 2012.
For more info on tours, check here: Rogers Centre Tours

TWEET: " @clickflickca I want a tour of the Rogers Centre in Toronto #ILoveToronto "

Good luck and go out and enjoy Toronto!
Posted by clickflick at Friday, March 30, 2012

I want to express some appreciation to this writer just for bailing me out of such a situation.
As a result of browsing through the world wide web and getting thoughts that were not powerful,
I figured my entire life was over. Being alive devoid
of the strategies to the difficulties you have sorted out by way of your good site is
a serious case, and the ones which may have in a wrong way
affected my career if I had not noticed your web blog.
Your main natural talent and kindness in controlling a
lot of things was crucial. I am not sure what I
would've done if I had not discovered such a subject like this. I can at this point look ahead to my future. Thanks for your time very much for the professional and sensible help. I will not be reluctant to endorse your site to any person who would like counselling about this area.

I enjoy what you guys are up too. This kind of clever work and exposure!
Keep up the very good works guys I've added you guys to blogroll.

I used to be recommended this web site via my cousin.
I'm no longer positive whether or not this post is written via him as no one else recognize such distinct approximately my problem. You are wonderful! Thanks!

Hi Dear, are you really visiting this web page daily, if so afterward you will absolutely
take pleasant experience.

My brother suggested I would possibly like this website.
He used to be totally right. This submit truly made my day.
You cann't believe just how much time I had spent for this information! Thanks!

eToro is the best forex broker for beginning and pro traders.