Are you coming to A Gutsy Affair?


This is going to be my 2nd year attending "A Gutsy Affair" event in Toronto this Thursday. A Gutsy Affair is an event in support of Crohn's and Colitis Foundation of Canada. I found out about this event via Twitter last year and the organizers have reached out to me to help spread the word in hopes of bringing more awareness and also an understanding of this disease. Last year I was surprised to see how many Twitter friends are affected by Crohn's disease. This year again I would like to bring awareness and help people understand it a little bit more. I would like you tweet me at @clickflickca and tell me something you know about Crohn's Disease. Add #AgutsyAffair to the tweet and you will be eligible to win a pair of tickets to the event. It should be a great evening of dancing, silent auction, swag bags and tons of prizes including various trips around the world. To purchase tickets AGUTSYAFFAIR $50 in advance and $60 at the door. I will select a random winner tomorrow afternoon. So tell me some facts or anything you know about Crohn's Disease and add #AGutsyAffair to the tweet. Good Luck! 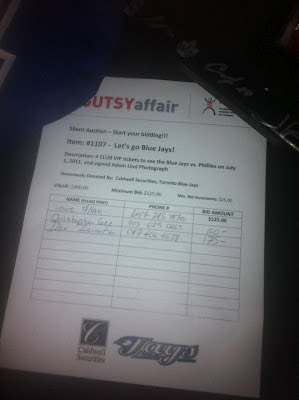 Amazing blog! Do you have any hints for aspiring writers?
I'm hoping to start my own blog soon but I'm a little lost on everything.
Would you propose starting with a free platform like Wordpress or go for a paid option?
There are so many options out there that I'm completely overwhelmed .. Any tips? Kudos!

I've gone ahead and included a link back to your internet site from one of my clientele requesting it. I have used your webpage URL: http://www.blogger.com/comment.g?blogID=5342932475970175108&postID=7169347008675060703 and blog title: Blogger: CLICKFLICK.ca to be sure you get the proper anchor text. If you woud like to check out where your website link has been placed, please contact me at: wallace-bucher@gmail.com. Thank you

I’d like to visit your blog more usually but currently it appears
to be taking perpetually to come back up. I go to from work, and our connection there may be fairly
good. Do you assume the problem may very well be on your
finish?

Here is my blog: having Trouble getting pregnant After a miscarriage