Want to go for a coffee or beer? Hashable can help! 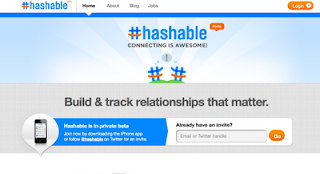 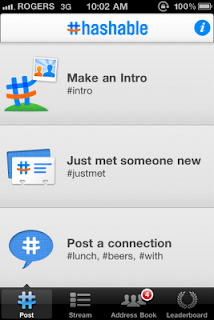 Using the iphone app (Free in Itunes App store) you will be greeted with a simple interface with 3 different ways "Connect" 1. Introduction 2. Just Met Someone New 3. Connecting via an activity such as beer or coffee. 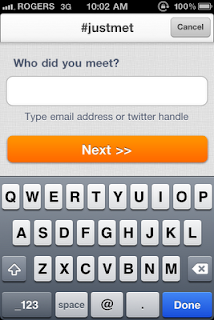 Let's say I was at a business conference or meeting and just met someone new. I just have to click "Just Met" enter their email or Twitter handle and "Voila" they automatically get dropped into my address book which can be synchronized with all your social network connections. 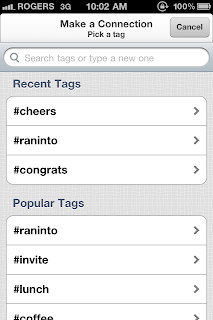 One of the features i like about the Hashable App is the ability to see your own connections and others in a streamline view via the web or the Iphone App. It gives me an ideal of who is connecting. This gives me an ideal of possible lead contacts or who might have similar interest to me. The integration with Twitter is the most attractive thing to me because I'm a heavy user of Twitter. Using various hashtags to connect via Hashable makes it seamless. The funny drawback is you might see that one person who goes for #beers every other day :-) on your streamline. Joking aside this App has made me more aware of my connections and encourages me to meet more people.

On a final note, Hashable has other features such as "Hash Credits" which gives you a point system for your connections. I like this idea because it's like "Gamification" which is very popular at the moment in Social Networks. By the way you can use Hashable with Foursquare shout outs too! I also like that Hashable sends you an email every several weeks to update your connections you've made. If you are a consumate connector this is one App you should start using. For more details on Hashable you can visit their site here Hashable 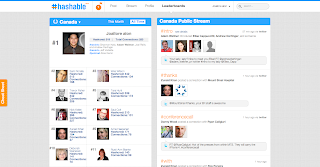