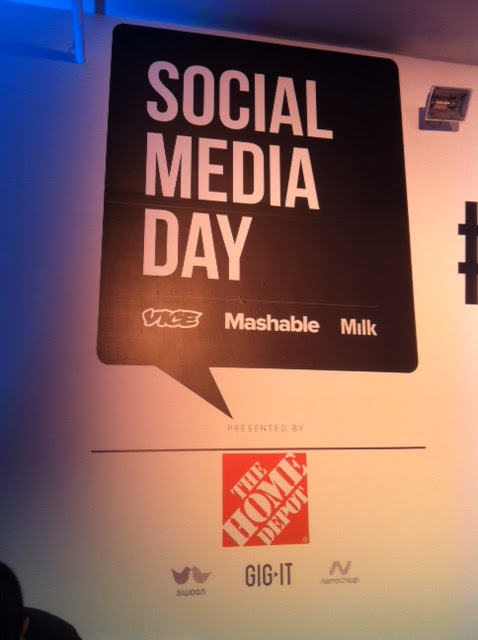 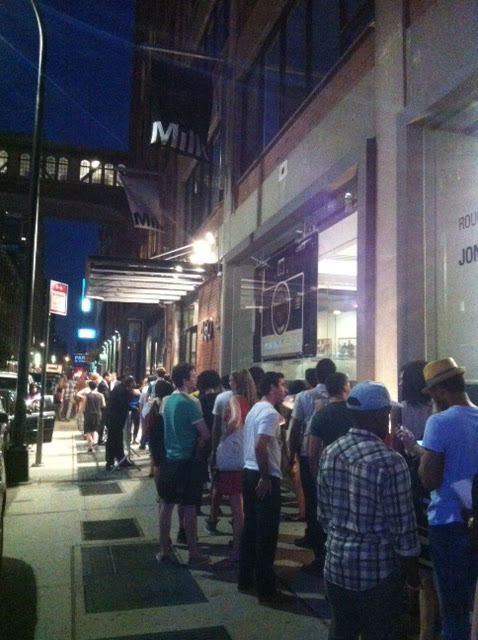 Anticipation grew as the doors were about to be opened. The crowd was a mix of industry and groovy looking people. It felt like a big lineup for a concert. 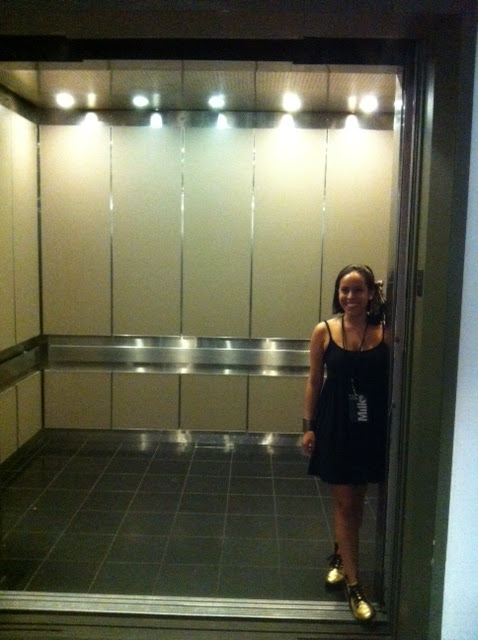 As soon as you enter you're whisked away into a very large elevator into an open space area full of fun loving peeps. Everyone is tweeting, vining, drinking and enjoying the company of social media enthusiasts and fashionable new yorkers.

I want to give the organizers and Jennifer Diamond @Nifer of Mashable credit for actually making the event a socially engaging event. Let me explain, In Toronto the tendency I find is more of a "Networking" style of event at a bar with some giveaways and that's it. Don't get me wrong, there is nothing wrong with this type of event but NYC seems to have the upper hand when it comes to creativity. 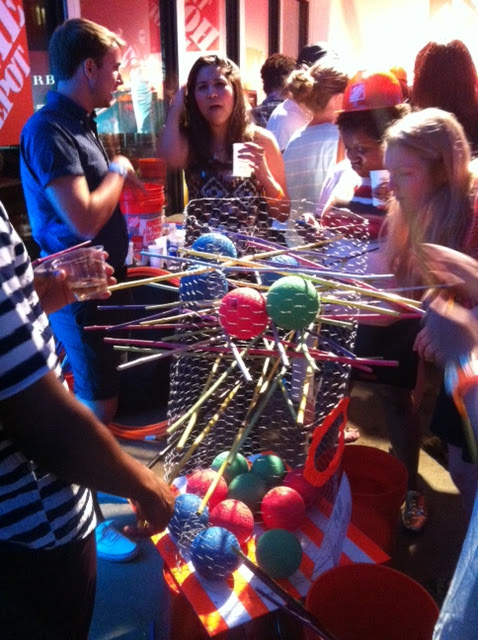 This is a cool activity they had that was socially engaging and made it interactive and easy to meet other people at the party. Object of the game is to not be the person to let the balls fall down. 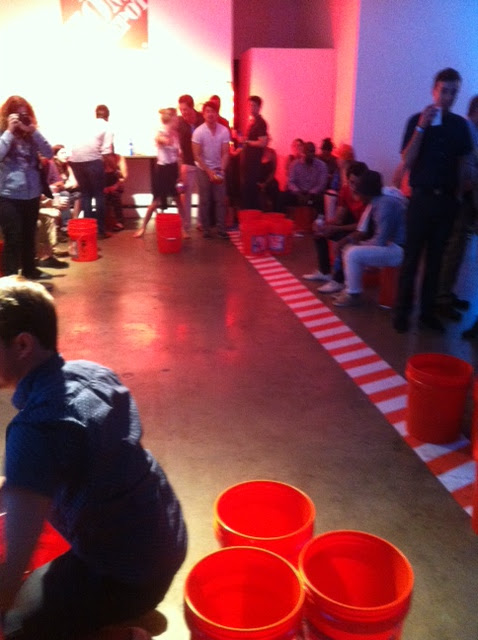 
During the evening they showcased the GIG-IT virtual concert with Kendrick Lamar. Other sponsors such as SWOON had a kissing booth station that took photos. They also had a lounge with snow cones and pretzel to relax and enjoy conversation. They even had a dance floor to dance the night away. Did i mention it was open bar all night?

Overall it was a great night to meet many new New York friends. I had a great conversation with some PR and Social Media minded peeps and even met Adam Ostrow @adamostrow Chief Strategy Officer at Mashable. I did not get to meet Pete Cashmore but aware of his presence; maybe next time. Overall as a visitor from Toronto Canada, I was very impressed with the party and event. Let's hope we can bring this level of excitement to Toronto! Toronto's Social Media community deserves this type of celebration!